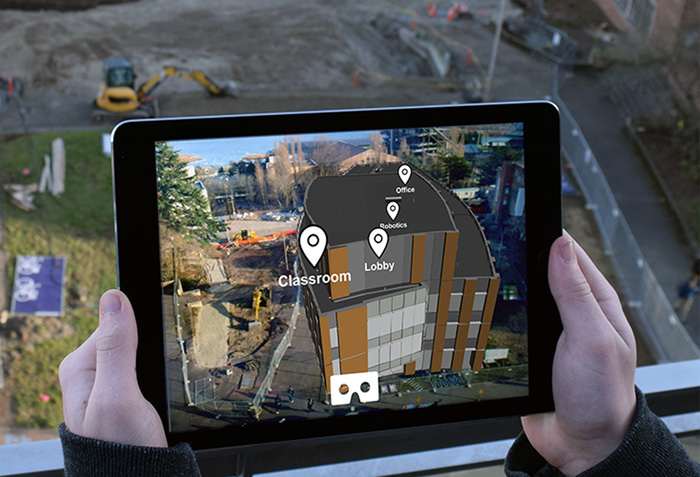 A new school for computer science at the University of Washington’s Seattle campus won’t open its doors for classes for at least another 18 months. But students and faculty already have a sense of what it will feel like to sit in its classrooms and walk its halls.

When completed in January 2019, the CSE2 Building, the second part of a two-phase project, will provide much-needed space to serve one of the most popular majors at the university. In the meantime, getting a sneak peek of the building is as easy as downloading an augmented reality app created by Mortenson Construction, the general contractor for the project.

As technology takes an increasingly larger role in how construction projects are designed and built, Mortenson has established itself as a leader in finding ways to incorporate it into its projects. But the company’s interest in tapping technologies like virtual and augmented reality isn’t about the “cool” factor, according to Marc Kinsman, Mortenson’s director of immersive technology.