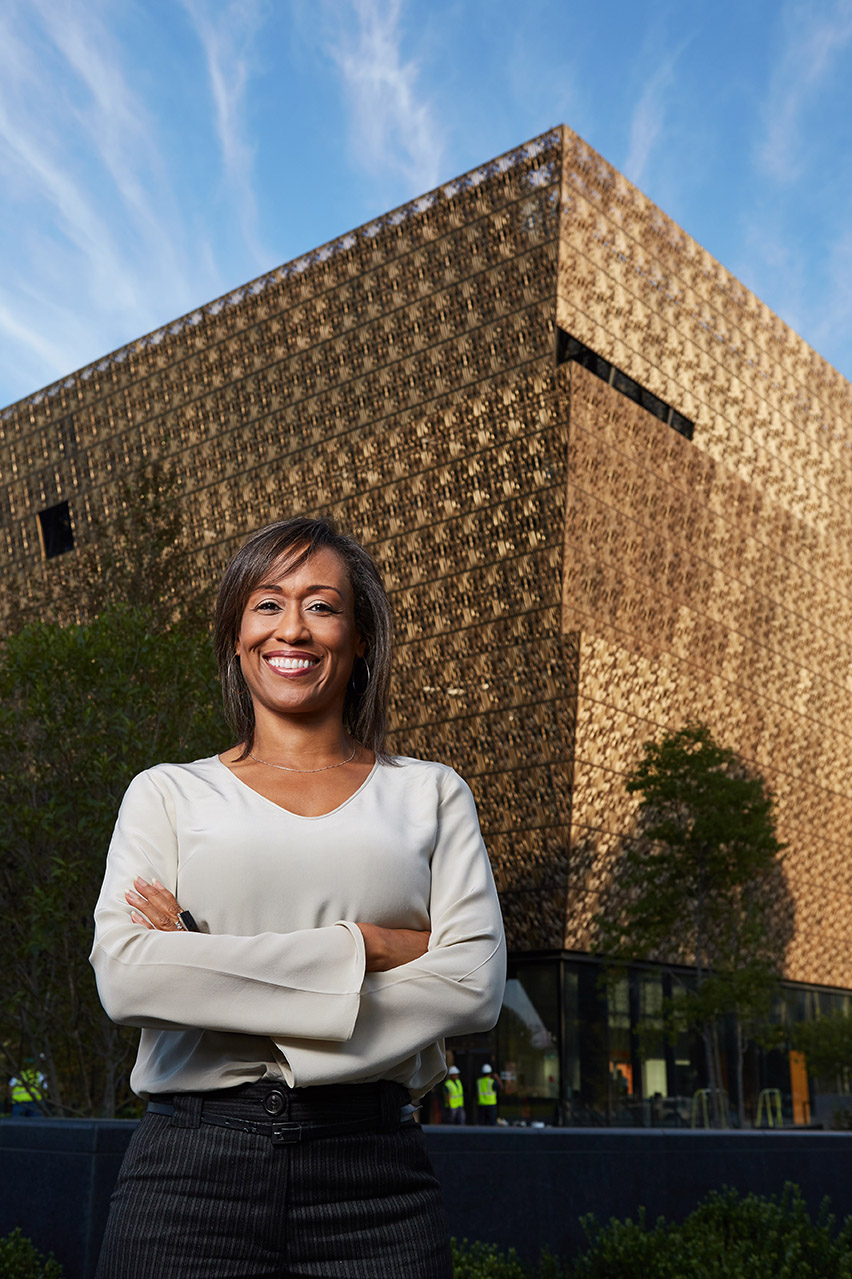 Register for the event
Zena’s presentation will focus on how the design team behind the Smithsonian Institution’s new National Museum of African American History and Culture realized the owner’s vision for creating a distinctive new cultural experience on the National Mall.  In designing many of the museum’s unique features, the team was inspired by familiar imagery and experiences from both African and American history. 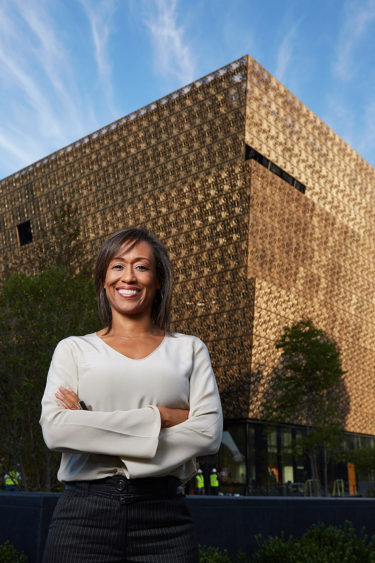 As Senior Project Manager for the National Museum of African American History and Culture, she was the point person for the Smithsonian Institution in executing multiple decades of planning to create this important national museum. Zena directed the Freelon Adjaye Bond/Smith Group team of four architecture firms and 29 consultants throughout pre-design, design, construction documentation, and fast-track construction.

Building Details for the National Museum of African American History and Culture:
Washington, D.C.
Size: 397,000 SF on
10 levels (5 above and 5 below ground)
Tracking LEED GOLD

The museum, designed by the collaboration known as Freelon Adjaye Bond / SmithGroup, honors the significant social, economic, and cultural contributions that African Americans have made to this country over the last several centuries.

The design includes exhibition galleries, an education center, a theater, an auditorium, a cafeteria, a store, and offices, was one of the largest and most complex building projects in the country.

The museum is the most sustainable national museum ever built, and the greenest of all Smithsonian Institution buildings. It features such design elements as rainwater harvesting, roof-mounted photovoltaic solar panels, extensive daylighting, and high efficiency mechanical systems. It is tracking LEED Gold certification.

The distinctive three-tiered building exterior is inspired by the Yoruban caryatid, a traditional West African wooden sculpture that bears a crown, or a corona, on top. The resulting upward-reaching form is both a contrasting and complementary presence among its neighboring structures on the National Mall. The pattern on the bronze-colored corona, made up of 3,600 cast-aluminum panels weighing a total of 230 tons, was inspired by the ornate ironwork of Charleston, South Carolina; Savannah, Georgia; and New Orleans, Louisiana—much of which was created by enslaved and free African Americans.

With 60 percent of the structure underground, designers and engineers had to create a continuous retaining wall around the perimeter of the site—extending 65 feet down at its maximum height—to secure the building’s foundation in the tidal marshland below Washington, D.C.