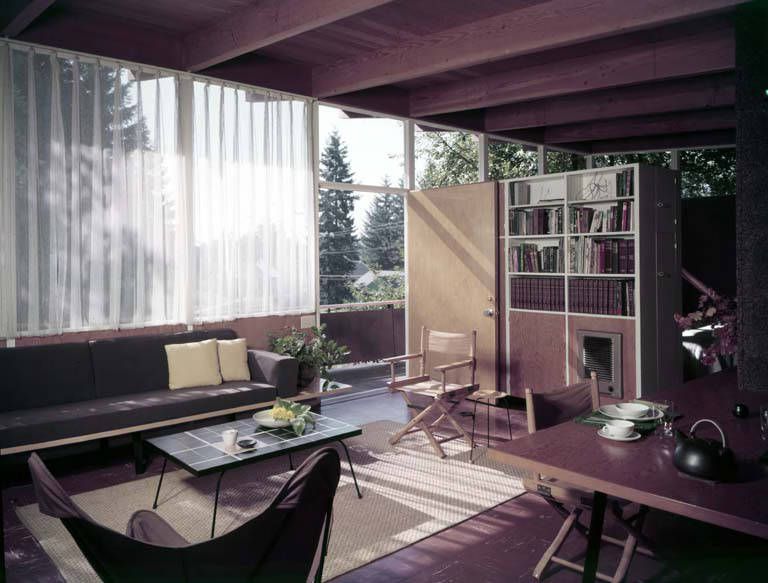 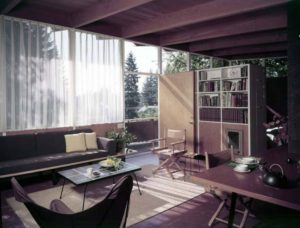 As an architecture student at the University of Washington in the early 1940s, Mary Lund Davis stood out. Not only would she go on to become the school’s first female graduate after World War II, but during long stretches of her education she was literally the only one in her class, as her fellow students had been called off to war. She recalled doing classwork in the dark because the windows at the school were covered in blackout curtains.

While school may have been a more solitary pursuit for the modern architect and designer, her timing was perfect. Graduating during a time when others in her profession were developing a uniquely Pacific Northwest form of modern architecture (featuring extensive use of unpainted wood and asymmetrical layouts), Mary Lund Davis began her career during a time of progressive experimentation, creating striking homes around Puget Sound.

“My father firmly believed that a woman could do anything that a man could do,” Lund said in a 2002 interview. A prolific artist, designer, and sailor—Lund competed in races across the country—she took that advice to heart.

Lund Davis’s best-known residential designs showcased her fluency with small spaces. According to Jeffrey Ochsner, an architectural historian who teaches at the University of Washington, her body of work exhibited all the signs of what was becoming a very regional form of modernism: wood construction, natural finishes, indoor-outdoor relationships, and open, flowing spaces.