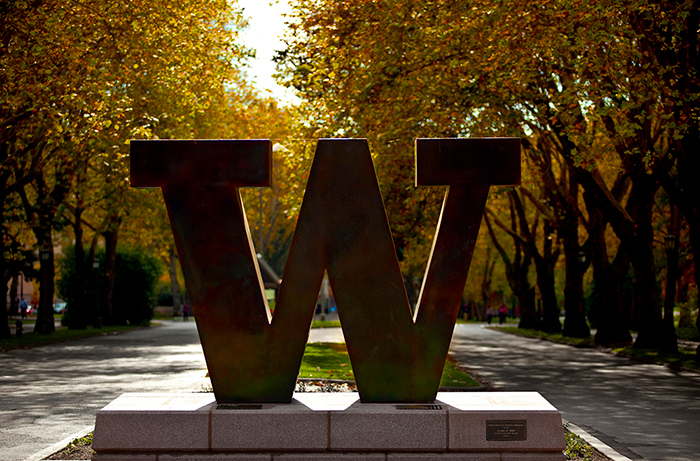 Seattle’s homeless crisis isn’t confined to one part of town – nor does it hinge on one solution.

The University District community includes as much as one-third of King County’s homeless youth over any given year. It’s a neighborhood where a food bank and youth shelter are available, and where young people on the streets can blend in.

But more needs to be done in the U District and beyond to help homeless young adults become self-sufficient over the long term.

Now the University of Washington, in a partnership among faculty, student and community service agencies – and with $1 million in state funding over two years – is launching The Doorway Project, an effort to establish a neighborhood hub and navigation center specifically for homeless young people. The Doorway Project will bring youth in the U District together with UW faculty and students to develop plans for a hub starting with a pop-up café on Dec. 3 in the parking lot of the University Heights Community Center – the first of four such events that organizers hope will lead to plans for permanent site next year.

“A public university has a mandate to have a larger impact on these kinds of problems,” said Josephine Ensign, a professor in the UW School of Nursing and coordinator of The Doorway Project. “But it shouldn’t be an ivory tower, think-tank solution; it needs to involve public scholarship, informed by the public and impacting the public.”

The café event, scheduled from noon to 4 p.m. Sunday, Dec. 3, marks the first step in a three-pronged University initiative to tackle homelessness. With pay-as-you-can food trucks, live music, social-service agency representatives and access to indoor restrooms and warming space, The Doorway Project aims to connect with homeless youth while including the University District neighborhood as a whole.

“We wanted it to be youth-friendly, but not youth-exclusive,” Ensign said.

Homelessness in Seattle has been on the rise. The annual Count Us In report count last January recorded more than 11,000 homeless people in King County, a roughly 10 percent increase over the previous year. Of that number, nearly 1,500 were between the ages of 18 and 24, living alone or with a family member.

A part of Urban@UW, an interdisciplinary effort to tackle city issues through research, teaching, and community collaboration, The Doorway Project emerged from a 2016 faculty summit, which Urban@UW director Thaisa Way convened to brainstorm how the university could help alleviate homelessness around all three of its campuses. From that summit, Urban@UW embarked on its Homelessness Research Initiative: to develop a multidisciplinary social change curriculum; to identify and serve housing- and food-insecure UW students; and to establish a safe community hub for social services.

“If the existing system just scales up what it’s doing, it’s still not going to be enough to meet the growing homeless population,” said Way, a professor of landscape architecture who chairs the UW Faculty Senate. “Can we think about offering services in a different framework with faculty, staff and students at the table; with community agencies, the city and the state at the table? We can do something together that none of us could have done alone.”