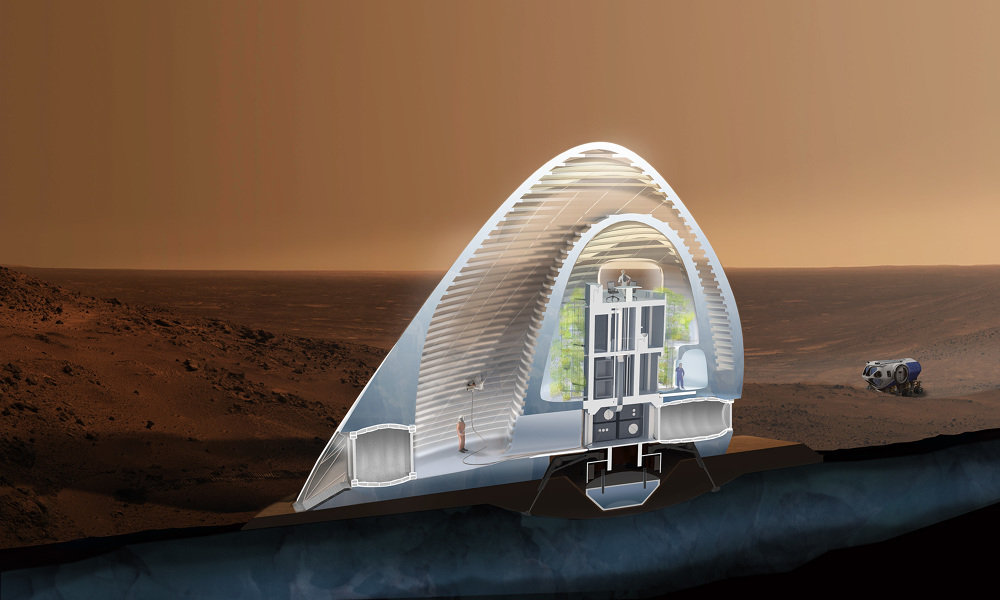 Fast-forward 100 years and picture cities and states with boundaries reshaped by the dwindling availability of a precious resource — water. After a century of climate change, ecosystems everywhere face intense development pressures. Plant and animal species have adapted and migrated to new habitats in their fierce struggle to survive.

Students in our McKinley Futures Studio spend one mind-bending quarter pondering scenarios like these, collaborating on potential solutions to a host of challenges that might someday change the way every living thing on the planet coexists.

Funded through an endowment from distinguished Seattle architect and UW alumnus David McKinley and his wife, Jan, this interdisciplinary studio broadens students’ perspectives on how to envision the problems that will test them as they plan, design and build for the future.

“This studio pushes students to think about problems from a larger sphere of ecological influence, to look beyond the boundaries of a particular building site and to engage all the forces that come to play on a city or region,” says Dave Miller, former chair of the Department of Architecture and the professor who leads the studio.

Students like Kameron Selby push themselves to ask critical questions on both abstract and pragmatic levels as they collaborate across disciplines to plot out their vision for ways cities like Seattle or Los Angeles might adapt to a future short on water.

“It was an opportunity not only to design something, but to dig deeper and consider how our ideas might actually play out in the future,” says Kameron, who’s pursuing a dual master’s degree in architecture and landscape architecture. “We created this narrative, something that could be true — how the government reacted, what happened to people. It taught us to push the limits with our critical thinking and decision-making.”

In the era of “New Age Nomads” that Kameron and his studio partners envision, people with scarce access to water would lead migratory lives. They’d take shelter from place to place in structures formed when algae essentially slurps up a sea shell-like byproduct of desalinating water, forming the façades of buildings where these nomads would live for a while before packing up and moving elsewhere.

A type of nuclear energy that doesn’t create toxic waste would power the process of making seawater drinkable. The heat given off by desalination plants could also be harnessed as a renewable source of energy for cities.

“This is such a forward-thinking and creative studio program — one that captivates both students and professors by projecting design concepts into the realm of ‘possible, probable and preferred’ futures,” says David McKinley.

“Jan and I are deeply impressed by the research that’s come out of this studio so far and hope that someday all UW students get such imaginative and informative opportunities to think critically about the future of their disciplines.”