Daniel Streissguth was born in Everett, Washington on April 17th in 1924. He passed away on Saturday, November 20, at the age of 96.

Dan grew up in Monroe, Washington helping in the big family garden and in the family grocery store. His enthusiasm for architecture began at the age of 10, taking interest in drawing house plans and devouring the book on architecture his parents gave him each Christmas.

He finished high school in June 1941 and began as a student in the University of Washington (UW) Architecture program in September 1941. His education was interrupted by service during World War II.

On army discharge, he returned to UW and went on to graduate with his Bachelor’s of Architecture in June 1948. While in school, he worked as a part-time typist for architect Paul Thiry before doing the specifications for Thiry’s UW Electrical Engineering Building. Before starting his Master’s of Architecture at Massachusetts Institute of Technology (MIT), Dan worked for Seattle architect Fred J. Rogers. Dan credited then MIT Dean William Wurster as the reason for applying to MIT. Graduating in June 1950, he returned to Seattle and was rehired by Paul Thiry, this time as a draftsman. As a draftsman for Thiry, Dan was responsible for designing and preparing documents for a number of prominent buildings including the original Seattle Museum of History and Industry, the Frye Museum, and the Regent’s Hill Dormitories at Washington State University.

Shortly after becoming licensed and establishing his own Seattle practice, Dan was invited to a teaching position at Washington University in St. Louis in 1953.

At the invitation of Arthur Herrman, director of the UW School of Architecture, Dan returned to Seattle in fall 1955 joining the faculty as an Assistant Professor. He rose through the ranks to Associate Professor and Professor, and twice served as Chair of the department, once in the mid-1960s and again in the following decade. 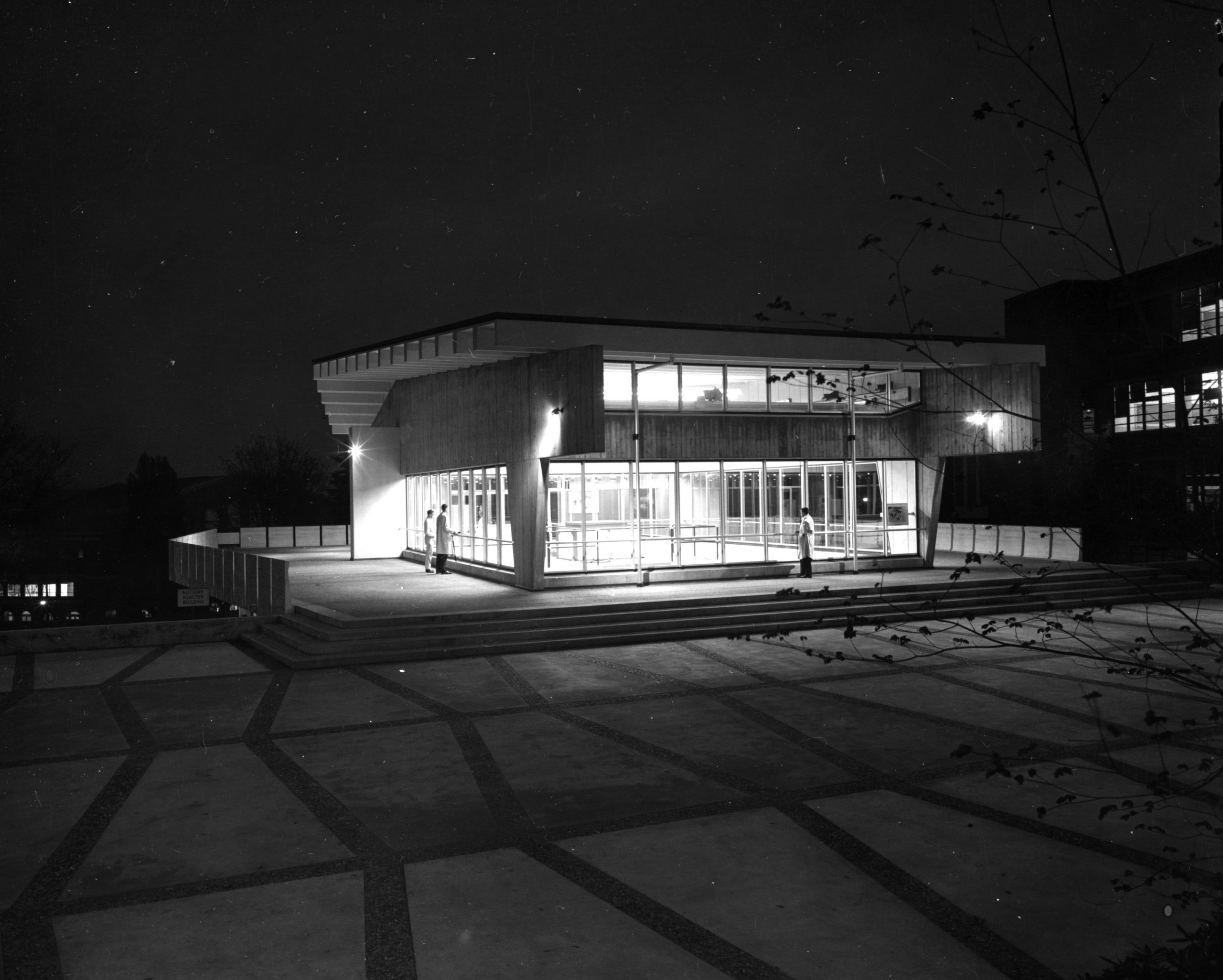 The architectural significance of this building was confirmed with its 2009 inclusion on the National Register of Historic Places.

Thanks to Dean Dietz’s advocacy to permit faculty to have University architectural commissions, Dan was asked to take on the addition to Architecture Hall and collaborate with another firm on the project. Dan brought on Gene Zema and they began planning for what is now Gould Hall. Dan talked in detail about the planning, design, and construction of Gould Hall, noting that there was a request for “significant space, within the structure or immediately adjoining outside, to be used for special events, exhibitions, for temporary construction, etc.” 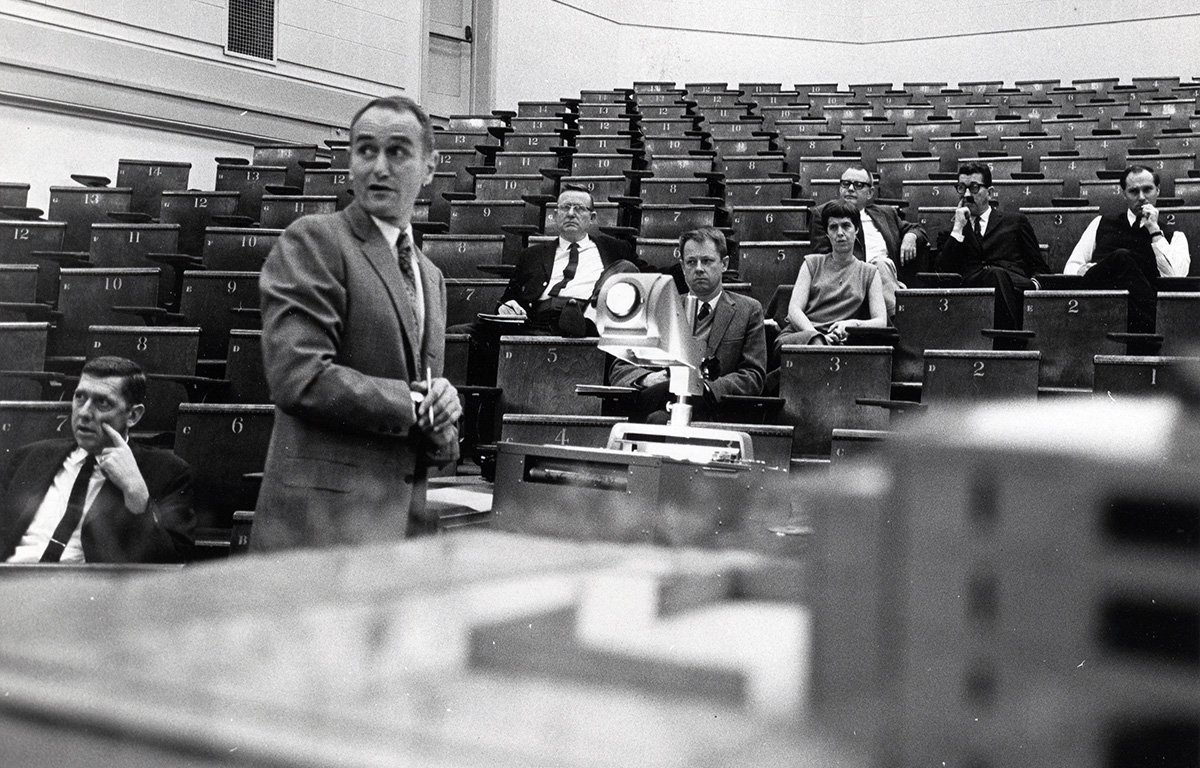 Presenting the future Gould Hall plan to college faculty and staff. (click side of image for slideshow) 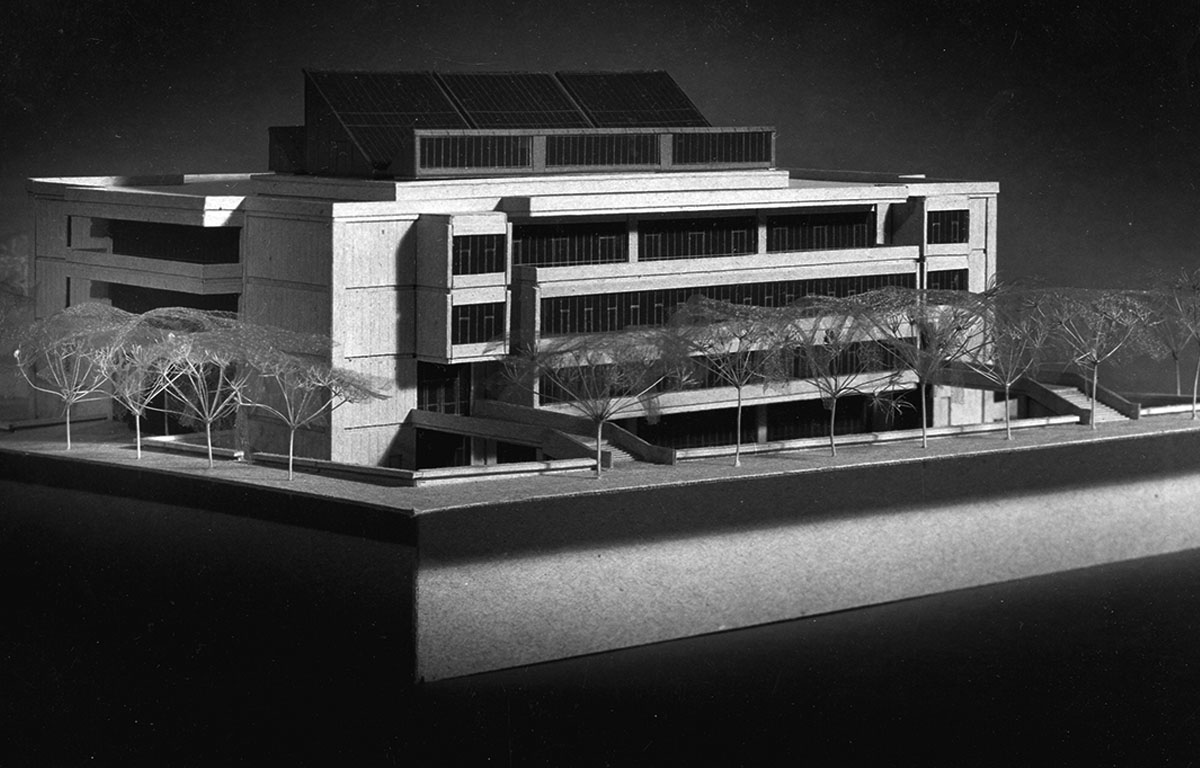 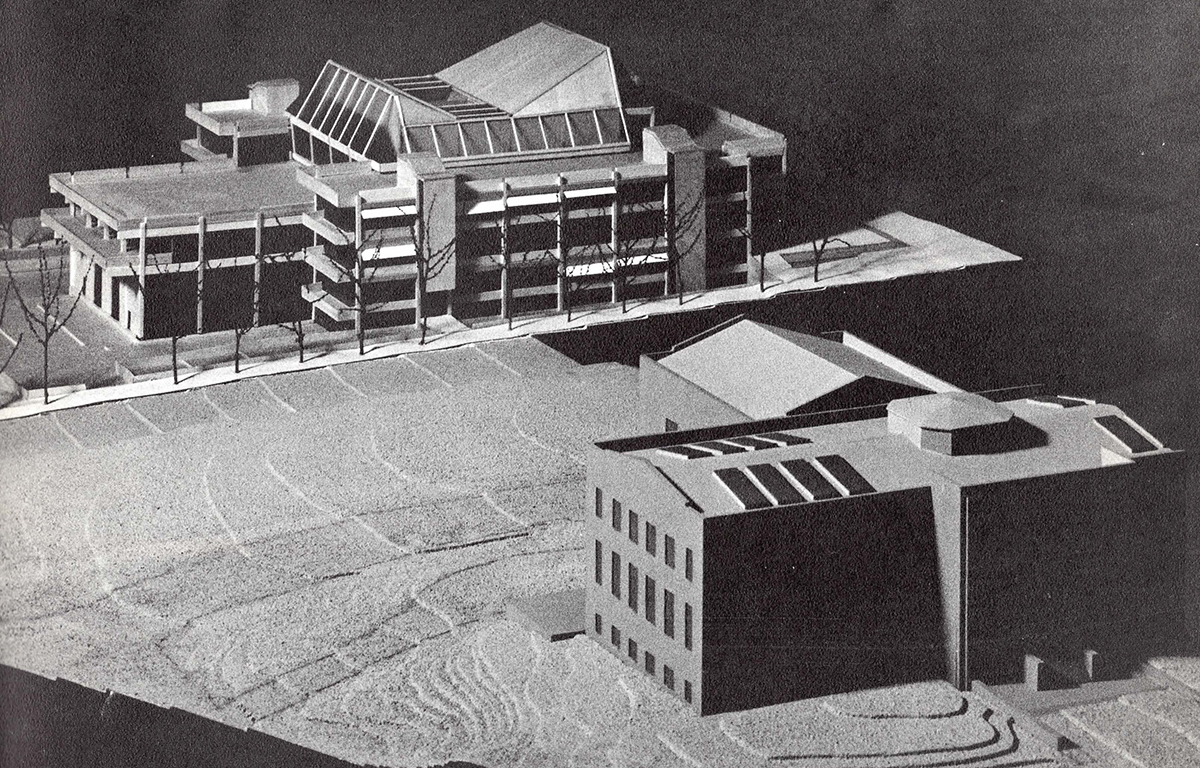 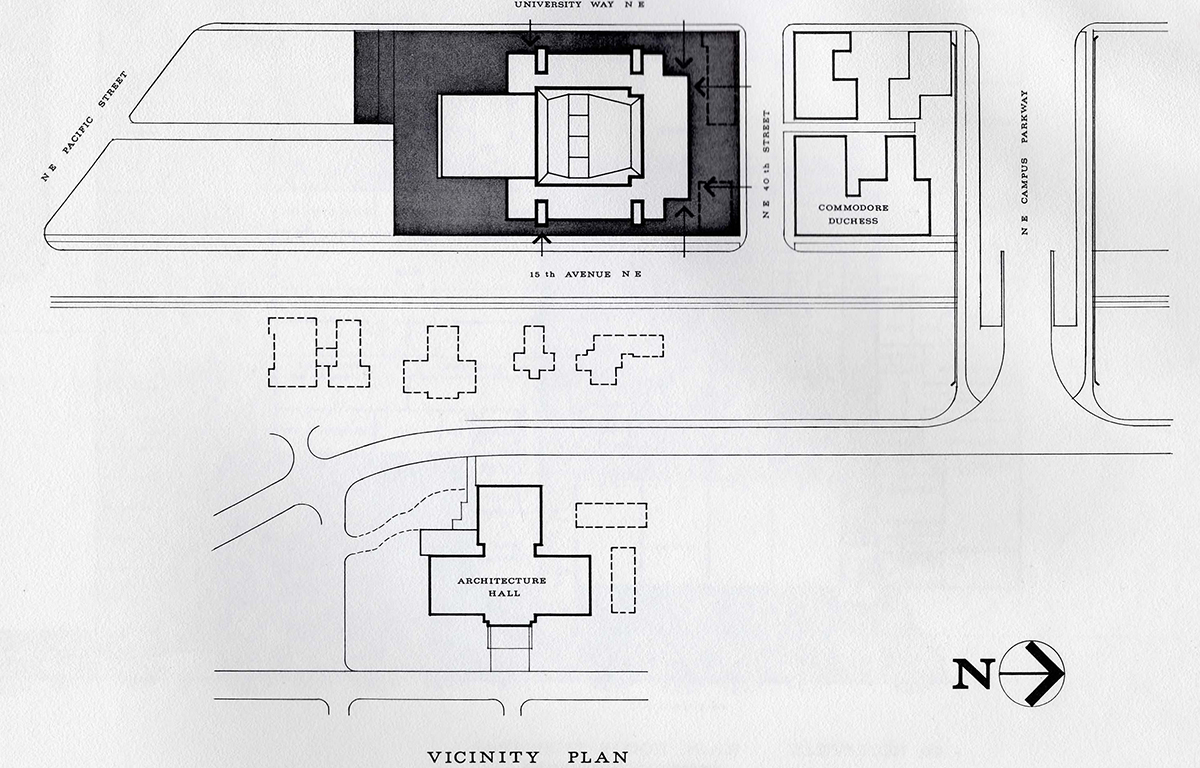 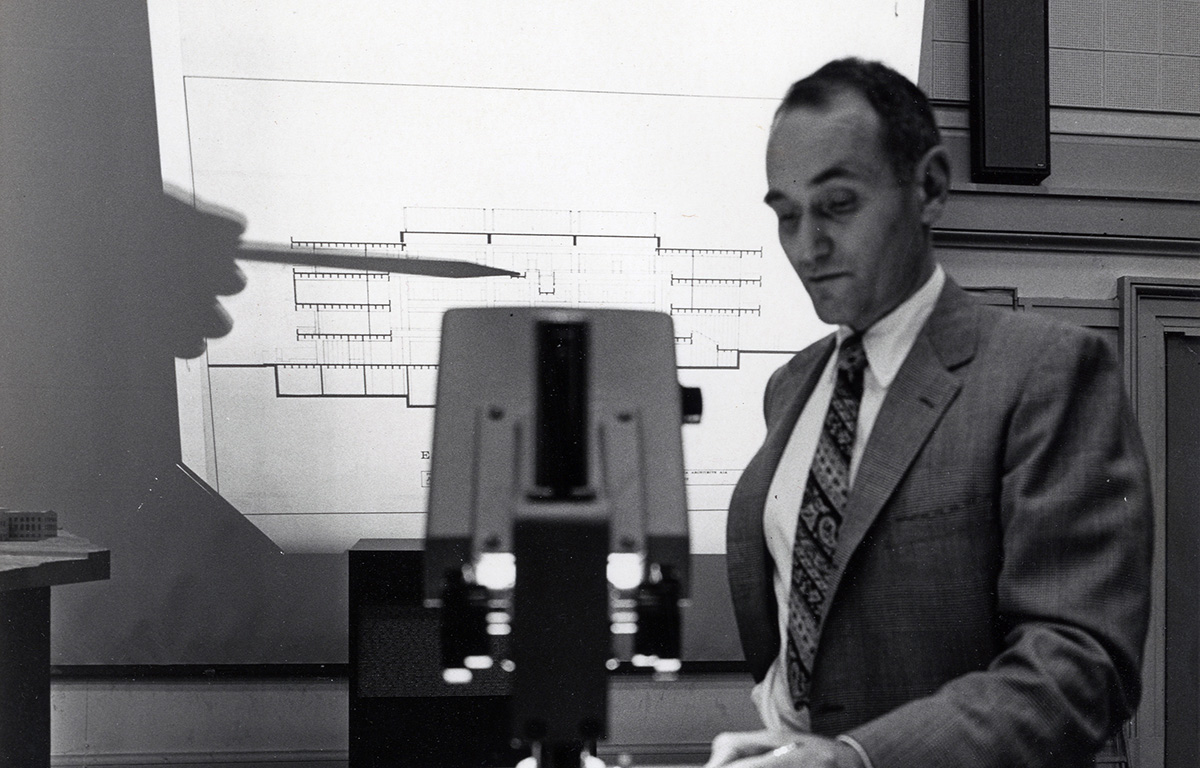 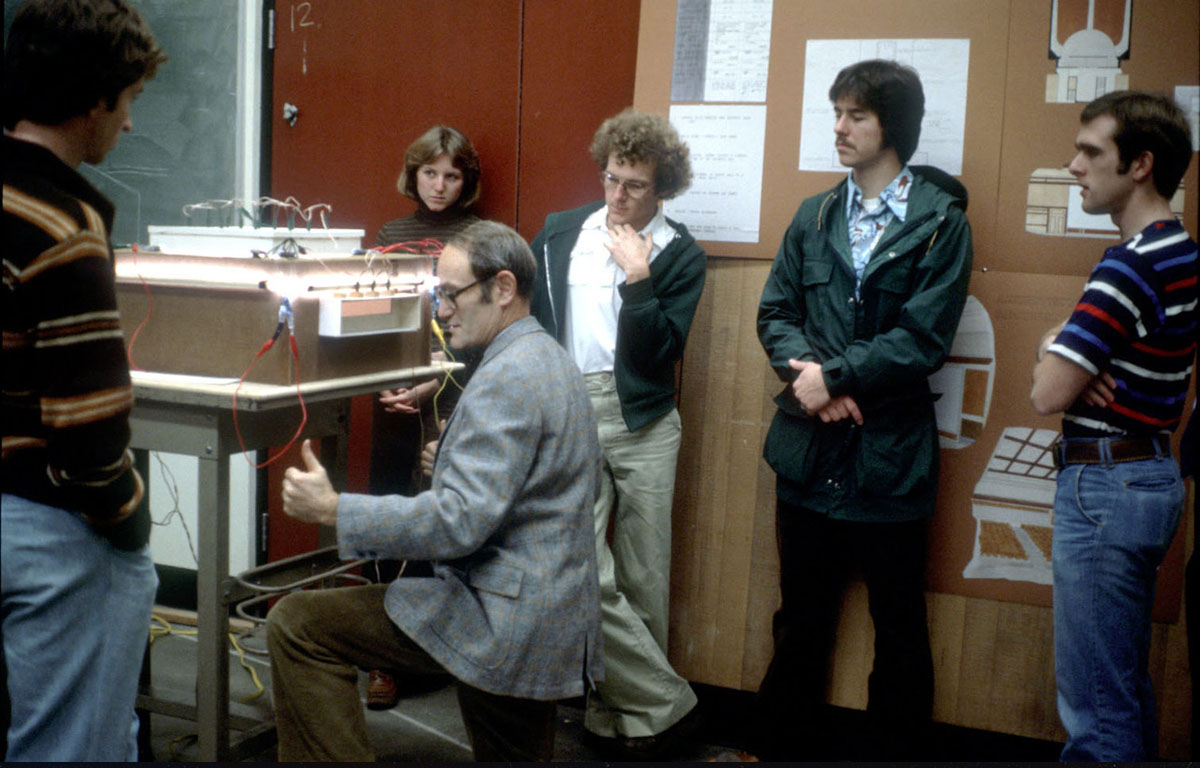 The design of Gould Hall  started with a near-square building and provided a large central courtyard open to the sky. They worked hard to make the courtyard “not only a useful place for many diversified activities, but also make it a generator of strong community spirit, a unifier of the public, the faculty and staff, and the students, a device to render the building accessible and clearly legible.” They wanted the building to be understated and multi-purpose. Dan had things he wished were different about Gould Hall, but he was very proud of Gould Hall and the spaces he helped provide. He was delighted by the great court every time he entered. He was proud of the way it unified the disciplines housed within and the links it’s created between the University and larger community it sits in.

The University of Washington Department of Architecture Centennial Celebration brought together the original architects of Gould Hall (1967-71) — Dan Streissguth, Gene Zema and Grant Hildebrand — with Gould Pavilion (2014-15) architect David Miller and others.

Gould Hall is a significant achievement because it greatly expanded opportunities for architectural education beyond Architecture Hall and gave the College of Architecture and Urban Planning its first purpose-built educational space. Professor Streissguth shepherded this project through the many steps required to create a new university building and he did so in a fluctuating economic climate, making many adjustments to help the project survive. He did not, however, sacrifice the essential elements that make Gould Hall a success: the central atrium, the layout that puts student work on display, a highly accessible set of shops that allow both designing and building to flourish in the same place, and as an administrative home for the College’s departments and its dean.

Dan also designed his own house on Capitol Hill, with his wife, UW Professor in the Department of Psychiatry and Behavioral Sciences, at the University of Washington School of Medicine, Ann Streissguth. Together, the two designed and oversaw the construction of the Streissguth Gardens. After gardening this steep hillside for 24 years, Ann, son Ben, and Dan gave the gardens to the City of Seattle Parks and Recreation in 1996. The gardens became a northward extension of the existing St. Mark’s Greenbelt. The family was granted the right to continue caring for the now-public garden. This project is lovingly described in the book Dan and Ann and Ben, co-authored, In Love with a Hillside Garden.

While Dan made Seattle his “real home”, he lived all over the globe including in New York City, St. Louis, Sicily, Paris, and Rome.

Professor Emeritus Dan Streissguth made significant contributions not only to the University of Washington Architecture department but to our greater region as well. Starting as a student and rising to a professor and designer, Dan’s enthusiasm and passion never wavered. He was as committed to his craft as he was to his students. Dan’s kindness and friendship knew no bounds; he was an integral part of the CBE community. As Dan was part of the team that led the design for our own Gould Hall, we are grateful to always have a permanent reminder of his impact legacy. He will be dearly missed.