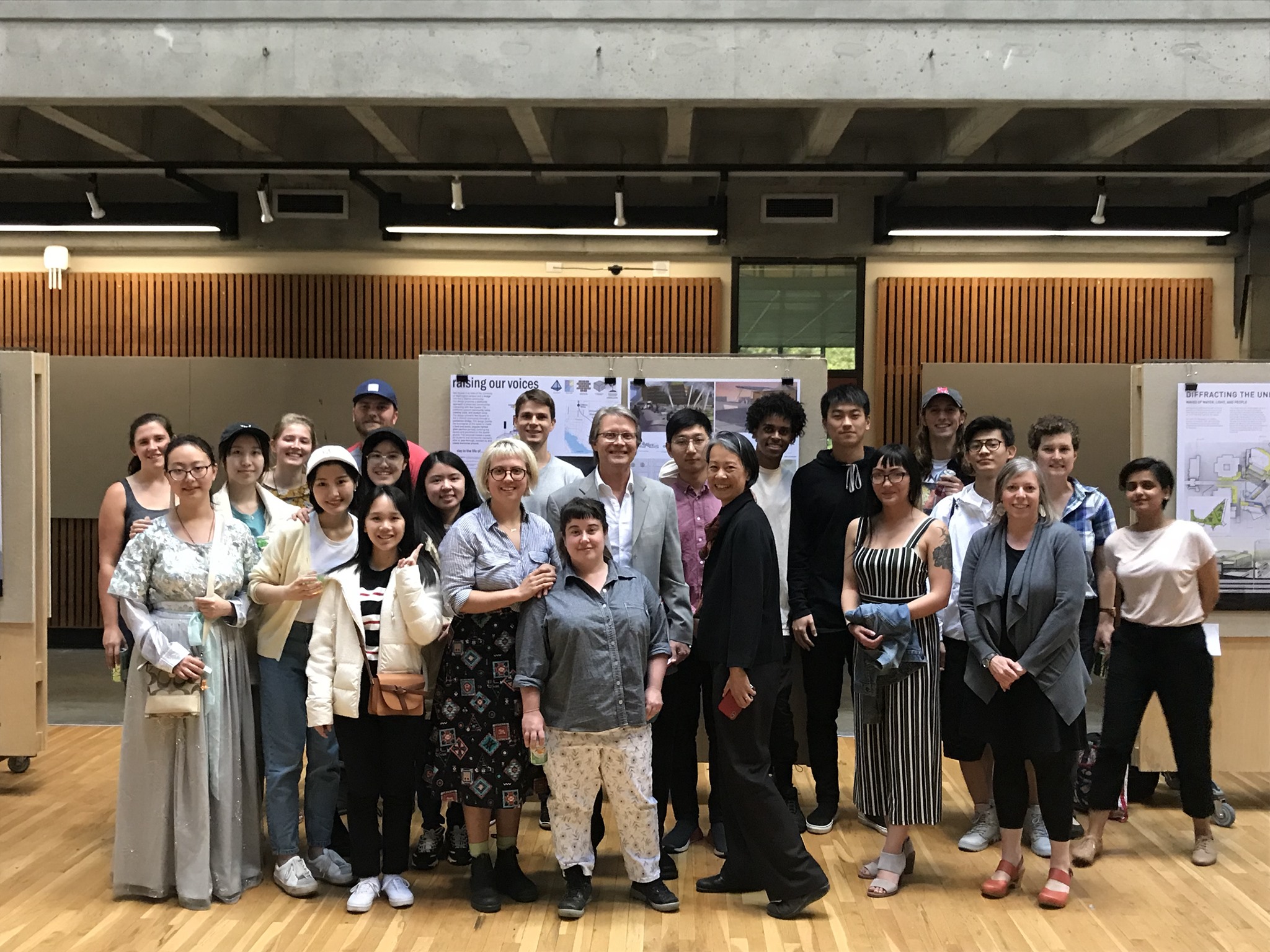 By Stevie Riepe, The Daily 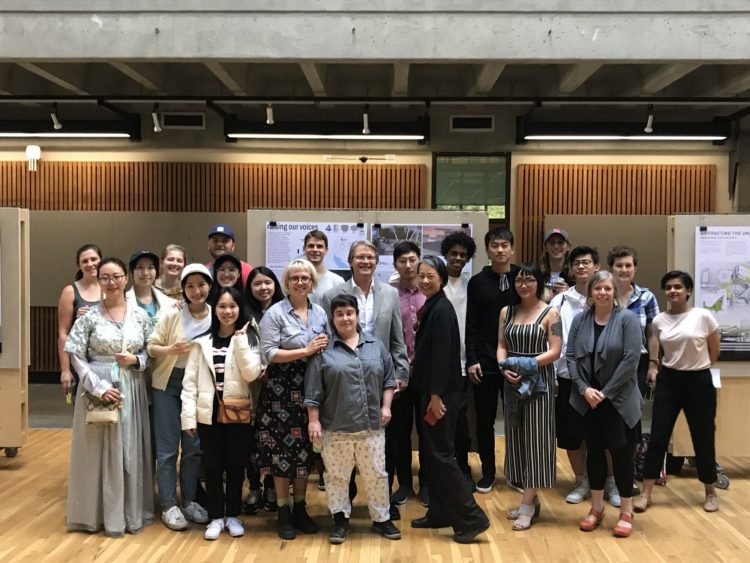 The winners were announced. Shouts of joy echoed from the back of the room as five men raised their arms in excitement and disbelief passing out high-fives. They quickly formed a line and made their way to the front of the room standing in front of the large crowd of people. They grinned from cheek to cheek, then took a photo to commemorate this special win.

This is how the team members of the winning architectural design, “The Loop,” felt when winning the “Re-imagining Red Square” contest that’s been ongoing since January. The contest was exploring the idea of a redesigned Red Square. 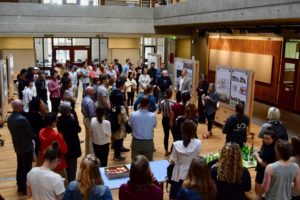 Team member Weichen Wang weighed in on their inspiration for the design. The designers of the “The Loop” originally were looking at how to preserve Red Square and do some intervention underneath in the garage. Then, one of the architects helping critique the designs in the contest gave the team advice on what they should do to achieve their underground goal without sacrificing the integrity of the surface. They started to look at how they could boldly and elegantly combine the surface level and underground area to produce an entirely new structure while maintaining the space for everyone.

Red Square is not currently set to be redesigned, but this project might open the door to that in the future.

“Getting the students involved was really about opening up the exploration, our imaginations, of what could happen,” Renée Cheng, dean of the College of Built Environments, said. “It was really great to have this opportunity to say, ‘let’s really imagine what a historical space might mean for a future campus in a contemporary way.’”

The competition was broken up into three rounds: Rounds one and two were limited to undergraduate and graduate students in the landscape architecture program. The third round was open to UW students from any major to participate in designing their concepts for the re-imagining of Red Square.

The judges focused their decision making on four questions: What was the primary role of Red Square on campus and what would it look like re-imagined? How could a contemporary look on the space connect to the broader university neighborhood? How did the design interact with the performance, ecology, and sustainability? How did the contemporary interpret the historical aspect, and what does it say about the future of the space?

The team that designed “The Loop” met all criteria for a bold redesign of Red Square. Cheng said the design paid attention to the future development on the UW’s West Campus and the relationship it has to the Henry Art Gallery, making it a stronger proposal.

The team winners were Bowen Li, Weichen Wang, Ephrem Yared, Zixiao Zhu, and Nick Zurlini. All students are in their last quarter at the UW and the $5,000 scholarship awarded to the team will be split up evenly among the members, going toward their remaining tuition.

Read the entire article on The Daily >